20 Indian Soldiers Killed in Clash with Chinese Army in Ladakh 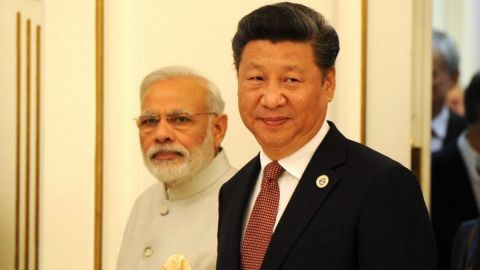 Indian and Chinese armies have been clashing in the recent weeks over India-China border dispute and issues related to construction activity near the line of actual control. Indian army has claimed in the recent days that Chinese soldiers entered Indian territory. Chinese authorities have asked India to stop construction activity in the disputed region. Recently, Nepal issued a new map which Indian government has disputed.

20 soldiers have been killed in the Galwan Valley in Ladakh as per latest reports. This has been termed as the worst clashes with Chinese army in more than five decades. In an official statement, Indian Army informed, “Indian and Chinese troops have disengaged at the Galwan area where they had earlier clashed on the night of 15/16 June 2020. 17 Indian troops who were critically injured in the line of duty at the standoff location and exposed to sub-zero temperatures in the high-altitude terrain have succumbed to their injuries, taking the total that were killed in action to 20. Indian Army is firmly committed to protect the territorial integrity and sovereignty of the nation.”

Prime Minister Narendra Modi has been silent on the issue. Compared to Congress leader Manmohan Singh, Modi has been vocal about relations with China. Before he was elected as Prime Minister, Modi criticized no action from Manmohan Singh regarding issues related to national security. India is now looking forward to how Modi will deal with the latest issues that have cropped up with China and Nepal. Peace is the best strategy but India will need to hold diplomatic talks with China.

While India is dealing with high number of infections due to coronavirus pandemic, the clash between Indian and Chinese army has come at a worse time for Prime Minister Narendra Modi. While Indian Army has confirmed casualties, Beijing has been silent on the damage caused to the Chinese Army by Indian soldiers.

In the recent months, there have been calls on social media to ban Chinese products. However, India is highly dependent on Chinese imports and the government needs to take a calibrated approach to shift production back to India. Compared to lower costs and higher capacity to produce goods in China, India lacks in having an organized manufacturing sector. The calls for ban on Chinese goods is no more than a media gimmick.