Twelve killed in US Army base shooting spree 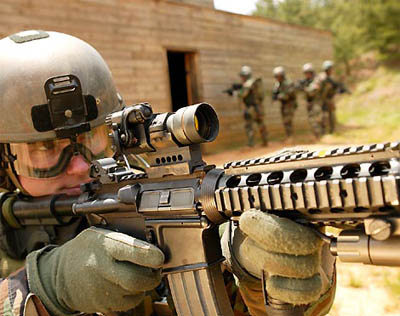 Washington  - A US Army officer opened fire on a base in Texas on Thursday, killing 11 people before being shot to death by police. Two other soldiers were in custody, authorities said.

An additional 31 people were wounded in the rampage at Fort Hood and were being treated in a nearby hospital, Lieutenant General Robert Cone, the base commander, said. The dead gunman was armed with two handguns, he said.

"It's a terrible tragedy. It's stunning," Cone said.

Two other soldiers were being held and questioned for possible involvement based on eyewitness accounts of a second or third shooter, he added.

US media reports identified the primary gunman as Major Malik Nadal al-Hasan. FOX News reported al-Hasan was about to deploy to Iraq or Afghanistan. He was believed to be 39 or 40 years old, CNN said.

The motive behind the attack that took place in a readiness centre, where soldiers are processed and medically examined before deploying to overseas, was undetermined, Cone said.

"We don't know that right now," he said. "This is all under investigation."

One of the deceased victims was a civilian police officer on the base and all of the dead were adults, Cone said.

The base, the largest US military installation in the world, was immediately placed on lockdown and traffic into and out of the base was closed, Cone said. A message on the Fort Hood website said: "Effective immediately Fort Hood is closed" and ordered all commanders to account for personnel.

Fort Hood, which lies about 95 kilometres north of the Texan capital Austin, houses several units that have been deployed to the wars in Iraq and Afghanistan.

President Barack Obama broke from his planned remarks at a Native American conference in Washington, calling the attack "tragic" and a "a horrific outburst of violence."

"It's difficult enough when we lose these brave Americans in battles overseas," he said. "It is horrifying that they should come under fire on an Army base on American soil." (dpa)