TRAI Bill: Law should not be amended on individual preference: Shashi Tharoor 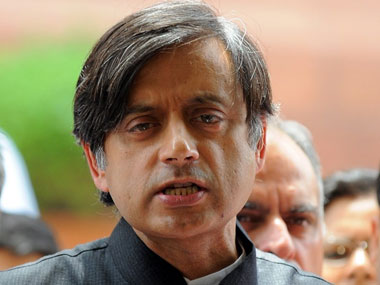 New Delhi, July 14 : Referring to the TRAI (Telecom Regulatory Authority of India) Amendment Bill, former union minister Shashi Tharoor said Monday that the law should not be changed on the basis of an individual's preference, which in this case was the Prime Minister of India.

Tharoor said, "We have never challenged the prerogative of the Prime Minister to appoint whoever he wants to appoint. We have said nothing negative the present principle secretary. Dont forget he was the chairman of TRAI (Telecom Regulatory Authority of India) when law was enforced. So he obviously acted as somebody who is not looking at some future advancement because he knew he was ineligible for any advancement."

"It is not about him or the Prime Minister. It is about two issues of principles. The first is when you actually choose to change a law to suit one person, what are you signaling about democracy? What are you saying in our country is that ultimately if a law stands in the way of an individual, in this case the Prime Minister, then the individual's preference will take precedence over the considered law of the land," he added.

He continued saying, "Second, there is a principle of concern about the future chairman or chairwoman of TRAI, and because once the law is changed they will once again be susceptible to the influence of the government on matches involving such sensitive issues. So these two things worry us a deal. We have heard from the government that they have a constitutional right to do it, certainly they do. They have majority in the house to pass the amendment."

A bill to amend the Telecom Regulatory Authority of India (TRAI) Act was passed in the Lok Sabha today.

The bill replaces an ordinance brought by the National Democratic Alliance (NDA) government to facilitate the appointment of Nripendra Misra as the principal secretary to Prime Minister Narendra Modi.

A 1967 batch Indian Administrative Service officer from Uttar Pradesh cadre, Mishra has served in many departments, including TRAI as its Chairman in 2006. (ANI)