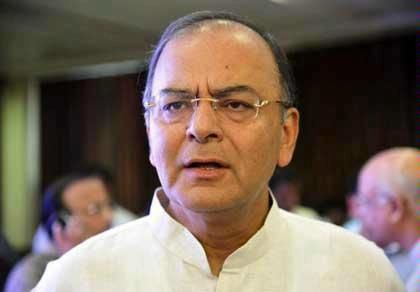 New Delhi, April 30 : The rap that the government had received from the Supreme Court was well deserved, Bharatiya Janata Party (BJP) leader Arun Jaitley said Tuesday while reiterating the demand that the CBI be included under the proposed Lokpal.

"The UPA Government has denigrated the institution of the Law Officers. It is this failing institution that has today embarrassed the UPA government," Jaitley said in an article released by the BJP office.

"The rap that the Government received from the apex court on this issue was well deserved. The delinquent must be held accountable. This is an occasion where the Government must display some sense of responsibility and accept the suggestions which we made to the Select Committee on the Lokpal Legislation," Jaitley said.

In a scathing criticism of the government's interference in the CBI probe into the allocation of coal blocks, the Supreme Court Tuesday asked the CBI director to file an affidavit stating the changes made in the draft report vetted by Law Minister Ashwani Kumar.

The opposition leader said the whole episode of interference of Law Minister Ashwani Kumar and the Prime Minister's Office in the CBI report on the irregularities in coal block allocations proved that CBI was not independent of the government.

He added that BJP leaders, in a note to the select committee of Rajya Sabha which looked into the Lokpal bill, had said that the CBI should be taken out of the control of Department of Personnel and Training and put under the Lokpal in relation to all corruption cases referred to the Lokpal.

While the select committee recommended several reforms for the CBI in the Lokpal bill, the cabinet diluted them, Jaitley said.

"The Government is not serious about the Lokpal legislation," he added. (IANS)