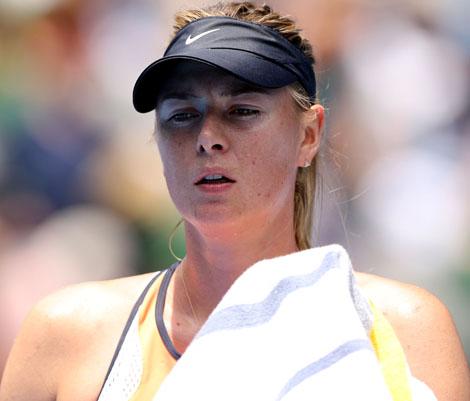 Johannesburg [South Africa], Apr 26 : After serving a 15-month doping suspension, Russian tennis player Maria Sharapova is all set to make her return to competitive tennis when she takes on Italian veteran Roberta Vinci in the opening match of the WTA Tour clay-court tournament, Stuttgart Open.

While the tournament promoters will be drooling over profit margins, the rivals condemn the smooth road prepared for the four-time Grand Slam champion's rehabilitation.

It will be Sharapova's first match since her quarter-final defeat to World number one Serena Williams at the 2016 Australian Open, where she was tested positive for banned substance meldonium, Sport24 reported.

Stuttgart was the first event to hand her a wildcard because she no longer has a world ranking. The move, however, was not a surprising one as the event is sponsored by Porsche, one of the Russian's many high-profile personal sponsors.

Meanwhile, the five-time Grand Slam champion has also been handed wild cards for Madrid (May 7-13) and Rome (May 15-21) tournaments.

Whether Sharapova will receive a wildcard for French Open will be known on May 15, just a week before qualifying begins for the second major of the season, which is slated to be held from May 28 to June 11.

Earlier this month, French Tennis Federation (FFT) president Bernard Giudicelli had hinted at their reservations to give the 30-year-old player a wild card entry which she would require as her world ranking has almost disappeared during her absence.

Sharapova's initial two-year ban was earlier reduced to 15 months following an appeal to the court of arbitration for sport, which concluded she had not intended to cheat. (ANI)