Why Ronaldo wore the famous No.7 shirt for Manchester United... 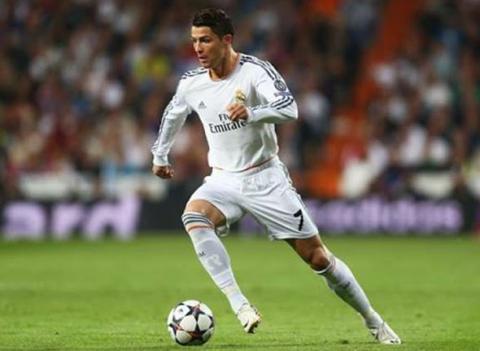 Manchester [UK], April. 04 : Star striker Cristiano Ronaldo has revealed the reason why he used to wear the famous No. 7 shirt while he was with Manchester United.

According to the Portuguese star, then United manager Sir Alex Ferguson was the driving force behind him wearing the famous No.7 shirt.

If we go by history, any player who did put on United's No. 7 shirt instantly became the Reds' best player.

And this argument can be backed seeing the examples of George Best, Bryan Robson, Eric Cantona, David Beckham and Ronaldo who wore that No. 7 shirt.

Ronaldo, who now plays for Real Madrid, was known as CR7 due to that fateful talk from the Scot when he first arrived at Old Trafford.

Ferguson told the young Ronaldo: "Look, I want you to wear the No.7 shirt," the player said.

"I was surprised because I knew of all the great players who wore that jersey," goal.com quoted Ronaldo as saying.

Since moving to Madrid, Ronaldo has won the Ballon d'Or on four more occasions and is regarded as one of the outstanding players of his generation, along with Barcelona's Lionel Messi.

Telling about his experience at the Old Trafford, the 32-year-old said his stint with the club was a "dream"

"It was the start of my successful stage in football," he said. "I did not only improve my football skills, but also my physique."

"In my five years there, I learned the art of football. We won many things together. It was a dream for me," he added.

It should be noted that Ronaldo claimed his first Ballon d'Or in 2009 while he was with Manchester United.

Ronaldo might have peaked at Real Madrid, but he was already on his way to greatness in England, as he claimed his first Ballon d'Or in 2009. (ANI)