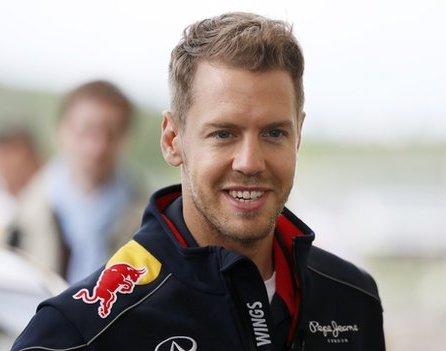 Melbourne, July 29 :Launching a scathing attack over his fellow drivers for not presenting a united front on the introduction of Halo device, Ferrari's Sebastian Vettel has favoured the launch of head protection device for the
2017 Formula One season saying nothing could 'justify death'.

Vettel, who tested the device in practice at Silverstone this month, said although most of the driver don't like the way it looks, he believes nothing is more important than life, news.com.au reported.

Meanwhile, F1's Strategy Group had voted against the introduction of the Halo head safety device for the upcoming season.

Although the Halo looks a `strong option` for safety in F1 and there are possibility of more tests to be carried out in practice session, the Strategy Group said they need more time to evaluate all potential solutions.

The group has also decided to lift the new restrictions on radio messages.

The Strategy Group, which consists of 18 votes, were split into three parties --- the teams, the FIA and the Formula One Management (FOM) group.

Ecclestone was a known vocal opponent to the Halo while Red Bull boss Christian Horner dubbed the cockpit safety system as 'an inelegant solution' to the problem.

Earlier, three-time world champion Lewis Hamilton had slammed the concept by describing the Halo as the "worst-looking mod in F1 history".

However, the German driver later observed that about 17 percent of improvement was done on life saving device and, therefore, all the drivers should accept it.

Earlier, Ferrari's Kimi Raikkonen became the first driver to test the Halo closed cockpit system during the testing in Spain. The Halo was designed to protect drivers from flying debris and from life-threatening accidents. (ANI)