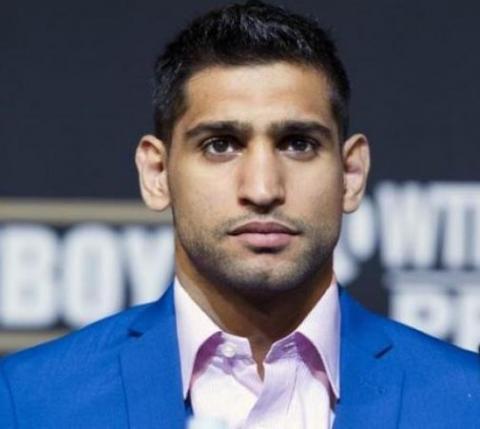 New Delhi [India], Apr 24 : Olympic medalist and two-time world champion boxer, Amir Khan is all set to promote boxing in India in association with the International Boxing Association (AIBA) by the launch of Super Boxing League (SBL), which will see the participation from top pugilists from India and abroad.

Scheduled to be staged from July 7 to August 12, SBL is being launched in association with AIBA Pro Boxing ( APB), who will provide the boxers the right platform to showcase their talent.

Each team will comprise of six players (five male boxers and one female boxer with six back up players per team). There will be competitions in six different weight categories with bouts of 4 rounds of 3 minutes each.

One of the features of the league will be its unique point scoring system which is being introduced for the first time in the history of professional boxing wherein a boxer can claim six points on winning a bout through knock-out.

Commenting on the occasion, Bill Dosanjh, Founder-CEO of Super Boxing League, says SBL will give wings to India's ever-growing talent pool in boxing.

"We have witnessed the excitement and appetite for contact sports in India which has seen phenomenal growth in the past few years. Boxing is one such sport, which is encouraging professional players to make it big in the ring through international leagues," said Dosanjh.

"India has a huge talent potential for boxing and with Super Boxing League we intend to provide a middle ground for both the average everyday player and the professional boxer. A lot of aspiring athletes wish to go professional and they all just need the right platform. With Super Boxing League, we are looking to create an ecosystem to promote Indian boxing talent and bring back boxing to where we were - in the top-10 in the world or even top-five," added Dosanjh.

AIBA president Dr Ching-Kuo Wu said India has a natural platform for the promotion of boxing.

"It is heartening to accompany the birth of this new competition. It will further enhance Indian boxing perception on the international stage and provide yet another career pathway for AIBA boxers. I am hopeful that this league will do justice to India's vast potential in the sport," said AIBA president.

Equally excited about the initiative is Amir Khan, promoter of SBL said, "I am very happy to introduce this unique platform for Indian boxers. With Super Boxing League, we aim to provide the right training for potential boxers which will helps in producing more professional world champions. We want to create an exciting platform where talent can fight in front of their home fans in their own country. With such a talent filled nation, I believe India can produce aplenty boxing superstars in coming years."

In an initiative to make the sport more accessible to fans, Super Boxing League will introduce a unique concept in fitness and training, 12 Rounds will be India's first Pro Boxing Gym. Unlike other sports in India, the Franchise gym will enable fans and students to interact with SBL stars, train with them, learn from them. (The gyms will offer High Speed workouts of 25 minutes at 12 workstations).(ANI)