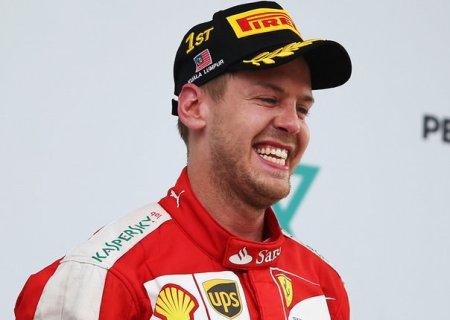 Vettel swore repeatedly at FIA race director Charlie Whiting and Red Bull driver Max Verstappen over the team radio as the four-time champion dramatically lost his cool when he clashed with the Dutch driver in the closing stages of the race.

With Vettel pressuring him, 19-year-old Verstappen braked late and went off on a turn - before rejoining the track in front of Vettel.

In a statement, the FIA said that Vettel's "sincere apology" has spared him a tribunal hearing.

"At the recent Mexican Grand Prix, the Ferrari driver Sebastian Vettel made comments over team radio using repeated foul language directed at both the FIA Formula 1 race director Charlie Whiting and a fellow competitor which were retransmitted during the live broadcast of the event," the Guardian quoted the FIA as saying.

"Immediately following this incident, Sebastian Vettel spontaneously sought out Charlie Whiting to express his regrets for his behaviour in person. He then, again on his own initiative, sent letters to each of the FIA president Jean Todt and Charlie Whiting, in which he apologised profusely for his actions. He also indicated that he would likewise be contacting Max Verstappen and vowed that such an incident would never occur again," the statement said.

The FIA further said in the light of this sincere apology and strong commitment, FIA Jean Todt, on an exceptional basis, decided not to take disciplinary action against Vettel by bringing this matter before the FIA international tribunal. (ANI)