Sania Mirza critical of media's approach to her tax notice 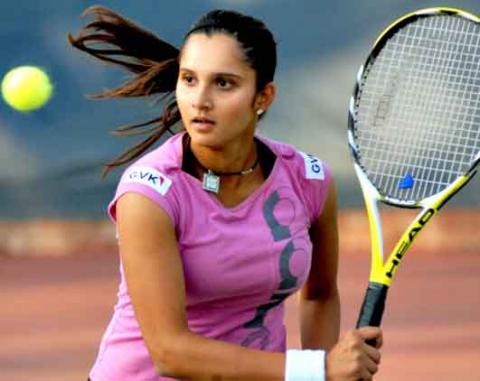 New Delhi [India], Feb.18 : Ace Indian tennis star Sania Mirza has launched a scathing attack on the country's media, saying a certain sections of it choose to highlight the negative news rather than focusing on her entry into the semi-finals of the ongoing Qatar Open.

The 30-year-old's comments came a day after she denied service tax evasion in response to a notice issued last week by the Central Board of Excise and Customs.

"Standing ovation to our amazing certain sections of media who haven't bothered to write or report about me being in another semi finals of a tournament in Qatar, but heyyy there are 100 articles about ' tax evasion' which most of them don't even understand properly," Sania wrote on Twitter on Friday.

"As to what's going on I think is pretty clear negative news sells a lot more than positive news or achievements I guess!!" she added

Mirza and her Czech Republic partner Barbora Strycova stormed into the women's doubles last-four stage of the Qatar Open after registering a 6-4, 6-3 win over Canadian-Croatian team of Gabriela Dabrowski and Darija Jurak in the quarter-final clash.

The Indo-Czech duo, however, later on Friday lost to American-Slovenian team of Abigail Spears and Katarina Srebotnik in their semi-final clash.

On February 9, the Hyderabad service tax department issued a notice to Mirza for allegedly evading service tax on the amount of Rs 1 crore she received from the Telangana government for becoming its brand ambassador in July 2014.

She was asked to answer the summons either in person or through an authorized agent on February 16.

Sania's accountant appeared on her behalf. In her report, the tennis star had insisted that the amount given to her by the Telangana government was a "training incentive".(ANI)