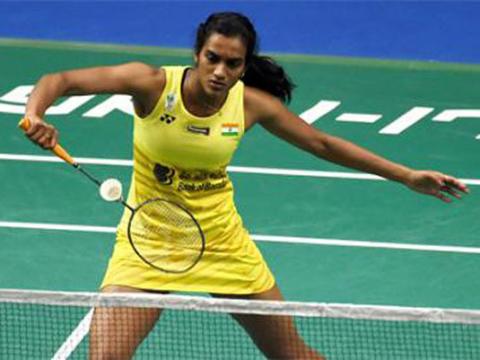 Wuhan [China], Apr 26 : Rio-Olympic silver medallist PV Sindhu kicked off her Asian badminton Championship on a winning note as she thrashed Dinar Dyah Ayustine of Indonesia in straight games to storm into the second round of the women's singles event here on Wednesday.

The fourth-seed produced a rich vein of form to register a comfortable 21-8, 21-18 win over Ayustine in a one-sided opening round clash that lasted about half an hour.

Sindhu will now take on either Japan's Aya Ohori or Philippines' Sarah Joy Barredo for a place in the quarter-finals.

Meanwhile, Saina Nehwal's poor run of form continued as she slumped to a 21-19, 16-21, 18-21 defeat at the hands of Japan's Sayaka Sato in the opening round that lasted little over an hour.

Saina, who recently made a first-round exit at the Malaysia Open, underwent knee surgery after the 2016 Rio Olympics and since recovering the Hyderabad girl has been struggling to return to her menacing best.

Meanwhile, Ashwini Ponappa and N. Sikki Reddy suffered a major blow as they bowed out of the tournament after suffering a 20-22, 16-21 defeat to the South Korea duo of Chae Yoo Jung and Kim So Yeong.(ANI)