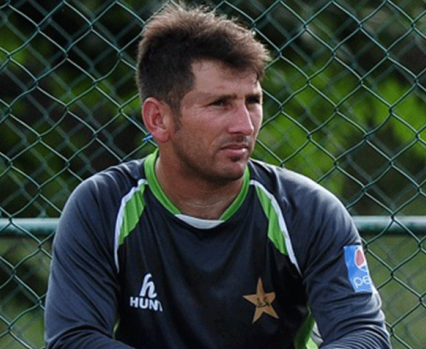 Karachi [Pakistan], Dec. 21 : Legendary Pakistan leg-spinner Abdul Qadir has advised Yasir Shah, whose performance was below par with the ball in the Gabba Test against Australia, to learn the art of taking wickets on different type of pitches.

Shah picked up just three wickets in the 53.1 overs he bowled in the entire game and gave 164 runs in Brisbane.

The legendary Pakistan cricketer said the reason Shah had become less effective in the last few Tests was because he was finding it difficult to adjust on pitches in New Zealand and Australia.

"Yasir must learn how to use the crease and vary the pace," Qadir was quoted as saying by the Dawn. "He (Yasir) also needs to plan and trap good batsmen like Steve Smith and others on these wickets which is the hallmark of great bowlers."

The 61-year-old, however, added he expects Shah to overcome his problems soon since he is a world class spinner.

"He has been a match-winner, both in the UAE as well as in England, and if he is able to perform well in next two Tests in Australia, he will truly earn his reputation as the world's best bowler," said Qadir.

Asserting that wickets in Melbourne and Sydney will suit Pakistan, Qadir said the ball will only reverse in those two grounds and would provide more turn to Shah.

"I feel that this is Yasir's chance to create history if he performs well and leads his side to memorable wins," he said.

The Pakistan legend further suggested the Misbah-ul-Haq led-side to try Mohammad Asghar or Mohammad Nawaz along with the leggie at the MCG and SCG.

"Two spinners in the line-up will not only provide variation to Pakistan attack, it will also help them manage the work load of the pace bowlers," he said.

The Steve Smith-led side snatched a narrow 39-run win to take a 1-0 lead in the three-match series.

The two sides will next face each other in the Boxing Day Test at the MCG. (ANI)