`Pregger` Serena vows to make a come back 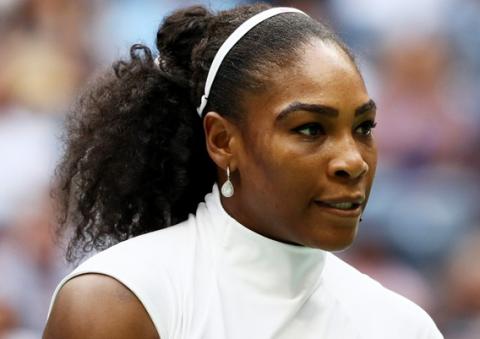 Johannesburg [South Africa], Apr 26 : World number one Serena Williams, who is expecting her first child with American internet entrepreneur Alexis Ohanian, has vowed to return to the court after embracing motherhood, with her baby hopefully cheering for her in the stands.

"I definitely plan on coming back. My baby is going to be in the stands, hopefully cheering for me and not crying too much," Sport24 quoted Williams as saying.

The 35-year-old announced her pregnancy via Snapchat, sharing a picture of her baby bump. She further confirmed that she will play no more this year.

However, the American tennis star now revealed that she had accidentally unveiled her pregnancy news during an on-stage chat with journalist Gayle King at the TED Conference in Vancouver.

"You know how social media is; you press the wrong button and there it is. I had been so good about it and this one time I slipped," Williams said while revealing that she had made a practice of taking a photo of herself each week in order to document the progress of her pregnancy.

She further said that it was just two days before the Australian Open when she came to know about the good news.

Williams said that she was quite nervous about playing the summit showdown, uncertain whether it would be dangerous for her or the baby.

"I had to take any negative emotions, bottle them up and figure out what the next step was," Williams said.

The top-ranked player went on to win her record-breaking 23rd Grand Slam title at the Australian Open in January, beating her elder sister Venus in the all-Williams final.

Williams announced her engagement with Reddit co-founder Ohanian in December. She has not played on tour since her latest triumph in Melbourne.

The Tennis star is due to give birth in September, the same month of her turning 36. (ANI)