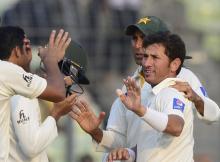 With the victory, Pakistan signed off from their otherwise miserable Bangladesh tour on a winning note. The tourists had earlier suffered 3-0 whitewash in the ODI series and lost the lone T20 match at the hands of Bangladesh. 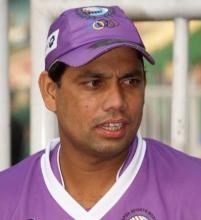 Yasir injured his left hand during a practice match against BCB XI in Fatullah, and subsequently received three stitches on the injured area.

Yasir became the third player to have been ruled out of the Bangladesh series after Sohaib Maqsood and Sohail Khan.

Though Yasir has been ruled out of the ODI series, he is still in the Test team, the Dawn reported. 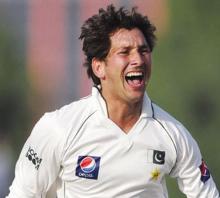 Shah said that he started playing cricket because he idolized Warne, adding that the Australian has been his role model and he is keeping his fingers crossed that he could make the World Cup squad, the Dawn reported. 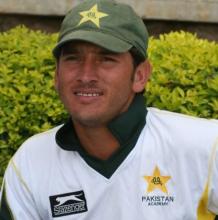 Wellington, Dec 25 : Pakistan leg spinner Yasir Shah has taken inspiration by Australian spin legend Shane Warne and is determined to make an impact at next year's World Cup in Australia and New Zealand.

Shah said that he started playing cricket because he idolized Warne, adding that the Australian has been his role model and he is keeping his fingers crossed that he can make the World Cup squad.

Warne, who finished with 708 Test and 293 ODI wickets, is rated as the greatest leg spinner in cricket history, Stuff. co. nz reported.

Meet Messi look-alike Pak leggie Yasir Shah who wants to be the next Warnie!

Karachi, Nov 20 : Pakistan's fresh spin-talent Yasir Shah looks a lot like Argentina talisman Lionel Messi and has just made his international debut after being introduced in the squad against Australia weeks ago.

However, Shah, unlike Messi, is not interested in football. He wants to follow in the footsteps of Australian spin legend Shane Warne and be an amazing leg spinner.