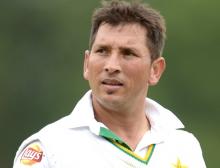 Melbourne [Australia], Oct.17 : After becoming the fastest Asian bowler to claim 100 Test wickets, Pakistan leg-spinner Yasir Shah has expressed his desire for a showdown against India and their star spinner Ravichandran Ashwin.

The 30-year-old reached the three-figure milestone after completing his five-wicket haul in the opening Test of the three-match series against West Indies in Dubai last evening. 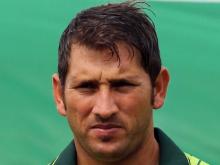 Dubai, July 18 :Pakistan leg-spinner Yasir Shah has become the number-one ranked bowler in the world after guiding his side to a 75-run victory over England in the first Test at Lord's on Sunday.

The 30-year-old, who returned to the figures of six for 72 and four for 69, has leapfrogged India spinner Ravichandran Ashwin and England's fast bowling pair of James Anderson (who missed the Test due to an injury) and Stuart Broad into the top spot after his achievement earned him 32 points. 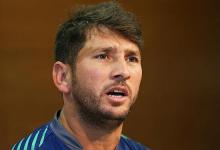 Karachi, July 18 : Pakistani leg-spinner Yasir Shah has expressed his gratitude to the country's cricket team mentors after his maiden 10-wicket Test haul set up a historic 75-run win over England at Lord's.

Yasir was adjudged Man of the Match for taking a total of 10 wickets across two innings as England struggled to build partnerships and were eventually bundled out for 207 on the fourth day while chasing a target of 283 runs. 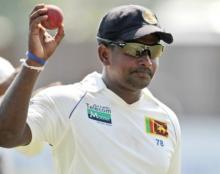 Karachi, May 21 : Sri Lankan veteran spinner Rangana Herath has lavished praise on Yasir Shah, insisting that his Pakistani counterpart is a complete package as a bowler.

Admitting that Yasir is a great find for Pakistan, the 38-year-old Sri Lankan said that the former has got a lot of variation and doesn't have the tendency to bowl too many loose balls, the Express Tribune reported.

Herath pointed out that Yasir's tally of wickets speaks a lot about his bowling skills. The Pakistani leg-spinner has claimed a staggering 76 wickets in just 12 Tests he played. 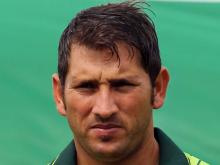 The 29-year-old, who was adjudged as the Man-of-the-Series, said that former Australian spinner gave him some really useful tips regarding the run-up and using the crease, the Dawn reported.