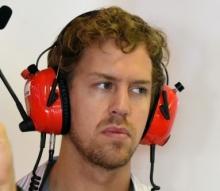 Wellington, Apr 10 : Despite standing on the brink of emulating Formula One legend Ayrton Senna's haul of wins, four-time champion Sebastian Vettel has played down the prospect of repeating his shock Malaysian Grand Prix win in Shanghai this weekend.

Vettel recorded a maiden Ferrari triumph at a sweltering Sepang circuit a fortnight ago, which saw him move to 40 career victories and just one shy of the late, great Brazilian Senna's haul of wins. 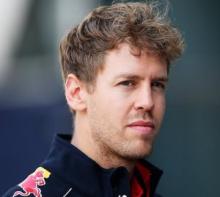 Vettel, who moved to Ferrari this year from Red Bull as Fernando Alonso's replacement, won a strategic battle as Mercedes' Lewis Hamilton struggled with tyres in the scorching heat. 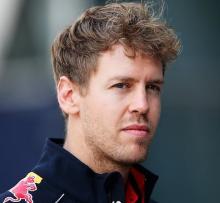 London, Feb 12 - Despite good form in testing, Ferrari chairman Sergio Marchionne does not expect miracles from the team at the first Grand Prix of the Formula One season in Australia.

Sebastian Vettel and Kimi Raikkonen were quickest on three of the four days of the first test in Jerez last week, after a tough 2014 season when the Italian team failed to win a race.

Marchionne said that he is encouraged by the performance of the new car, though he insisted it is one thing to do a quick lap, another to do an entire race, the BBC reported. 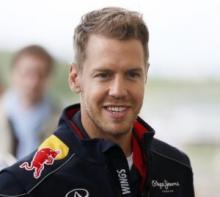 London, Jan 29 - Four time Formula One world champion Sebastian Vettel had been almost forced to quit Grand Prix racing in 2014 in fury at rule changes, that wrecked his domination of the sport, his former boss Christian Horner has claimed.

As Red Bull prepared for the first test of the new season in Spain, starting Sunday, the team chief revealed the torment that led to Vettel leaving for Ferrari.