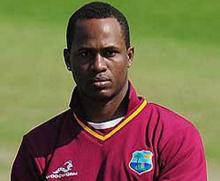 New Delhi [India], Apr 27 : West Indies all-rounder Marlon Samuels has been roped in by Delhi Daredevils as a replacement for injured South African wicketkeeper-batsman Quinton de Kock for the rema 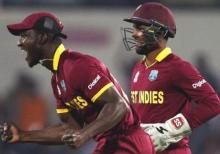 Consequently, the list of centrally-contracted players has now depleted back to 12 after the country's cricket board had increased it from 12 to 15 earlier this January for 2015-16.

The WICB cited no reason as to why Samuels, Bravo and Brathwaite had turned down the contracts,ESPNcricinfo reported.

`I do not like him one bit`, says Stokes on Samuels 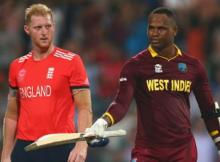 Melbourne [Australia], Sept 17 : England all-rounder Ben Stokes has launched a scathing attack on fierce rival Marlon Samuels in the latest flare-up of the personal animosity between the two.

In an extract from his book 'Firestarter' that was published in a leading UK-based daily, the 25-year-old has shed light on details of the infamous exchange with Samuels during World T20 final in Kolkata earlier this year, cricket.com.au reported. 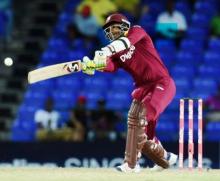 Basseterre, June 14 : Marlon Samuels smashed a sparkling 92-run knock to guide West Indies to a four-wicket win over Australia in the fifth ODI of the tri-nation series at Warner Park in St. Kitts.

Chasing a daunting target of 266 runs, openers Johnson Charles (48) and Andre Fletcher (27) provided an initial thrust to their side by sharing a 74-run partnership before Samuels struck a 87-ball knock to help West Indies reach the score with 26 balls to spare. 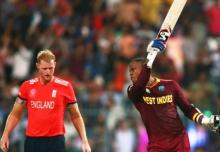 "This is for Shane Warne," said Samuels, while accepting his Man-of-the-Match award for his unbeaten 85-run knock in the final as West Indies defeated England by thrilling four wickets to become the first side to win the coveted trophy twice.