London [United Kingdom], April 15 : Former Formula One driver Jenson Button has confirmed that he will take part in the Monaco Grand Prix in what he described as a one-off race the in the month of 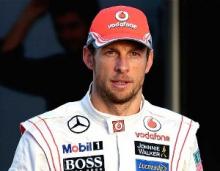 London, Sept.22 - Former world champion Jenson Button is reportedly considering a switch to the famous Le Mans-style World Endurance Championship when he announces his retirement from Formula One.

Earlier, Button had declared that he would quit F1 if he doesn't continue with his current team McLaren.

According to the Mirror, Button hinted that he might draw curtains on his glittering F1 career in the Japanese Grand Prix this weekend.

Williams may rope in Jenson Button to replace Bottas next season 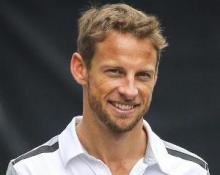 London, July 24 - Former world champion Jenson Button may reportedly be in the run to replace Valtteri Bottas if the latter decides to leave Williams in the next Formula One season.

According to the BBC, Bottas is the primary target for Ferrari if the Italian motor racing giants decides not to retain Kimi Raikkonen alongside Sebastian Vettel.

Although Ferrari and Williams are said to have had a discussion on Bottas' transfer, no official agreement has been reached.

Button, the 2009 world champion, would see his career completing a full circle if he rejoins Williams in 2016.

London, May 22 - Formula One drivers have launched a two week survey for fans in order to know their opinion about the sport's future on state level.

The Grand Prix Drivers' Association organized the survey that will ask a set of questions to the fans about their opinion on the racing game, the BBC reported.

McLaren's Jenson Button, director of the drivers' organization, said that fans' opinion about the sport was very important and the analysis would help them look into discussions about the future of the sport and a series of changes for the 2016 and 2017 seasons. 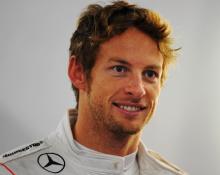 London, Mar 08 : British driver Jenson Button has revealed that he did think about competing at the 2016 Rio Olympics, which might have led him to quitting Formula One racing.

Button is a fanatical triathlete and considered a variety of options when his Formula One career was under threat at the end of last season. He said that he did think about Rio and then decided that he won't do it.