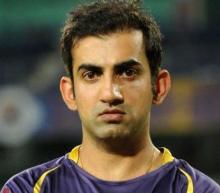 After the death of his coach Parthasarthy Sharma, Gambir was looking for someone who could understand his game. And he wanted to give it a shot with Langer and that's why he was in Perth, Sport24 reported.

He added that he could instantly relate to him as it was Langer's intensity that he liked the most. 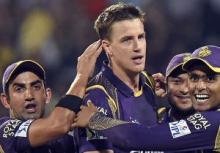 Kolkata : Kolkata Knight Riders might have come up trumps in a high-scoring IPL opener against Mumbai Indians, but skipper Gautam Gambhir was all praise for his bowling unit that was ably led by South African speedster Morne Morkel.

KKR outplayed MI by 7 wickets in a match where the bat dominated the ball. If skipper Rohit Sharma led his side to 168 for three with his unbeaten 98 then Gambhir (57) and Suryakumar Yadav (46 not out) took care of the chase for the home team. But it was Morne who got the man-of-the-match award for his 2-18.

Pune: Gautam Gambhir (93) and Virender Sehwag (66) produced a 102-run partnership as Delhi reached 240-4 in reply to Maharashtra's first innings score of 330 on the second day of their Group B Ranji Trophy cricket match, here on Thursday.

Opening the innings, Gambhir cracked seven boundaries and one six in his unbeaten 217-ball innings, while Sehwag hit seven fours in his 88-ball stay to anchor the Delhi innings after they were reduced to 41-2 in the 19th over. Dharamsala : Heavyweights Delhi are in serious trouble of getting eliminated at the group league stage after Himachal Pradesh beat Gautam Gambhir-led team by 13 runs in a north zone leg of the Vijay Hazare One day championship here on Monday.

Delhi now have lost two out of their three zonal matches having lost the opening round game against Jammu and Kashmir before winning against Punjab in the next game.

We're not complacent going into the match, says Gautam Gambhir Hyderabad : Their place in the semifinal already assured ahead of today's encounter, Kolkata Knight Riders skipper Gautam Gambhir said there was no place for complacency in their inconsequential final Group A match of the Oppo Champions League Twenty20 against Dolphins here.