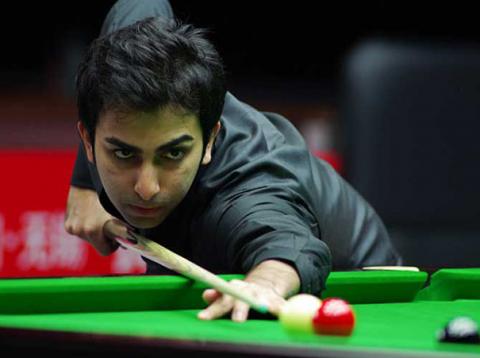 Doha [Qatar], Apr 28 : Ace Indian cueist Pankaj Advani will aim to add a snooker crown to his account when he takes on China's Lv Haotian in the final of 33rd Asian Snooker Championship here later today.

The 31-year-old received top seeding in the tournament following some really good performances in the group stage. He registered victories 4-1, 4-1 and 4-0 and breezed through the last-32 and pre-quarterfinal stages to emerge as the only Indian player in the top eight of the championship.

Advani had earlier lost finals of the Asian Snooker Championship thrice, first to compatriot Alok Kumar in 2004 in Jordan; then to India's Aditya Mehta in 2012 in Doha before going down to Pakistan's Hamza Akbar in Kuala Lumpur in 2015.