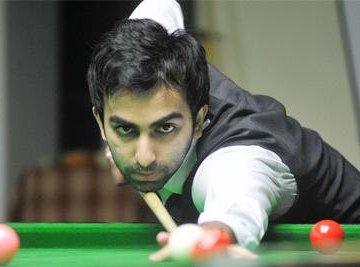 Doha [Qatar], Nov. 29 : Ace Indian cueist Pankaj Advani went down against Andrew Pagett of Wales in the semi-finals at the IBSF World Snooker Championship to settle for a bronze medal here in Doha.

Earlier this month, the 31-year-old Indian took his world title count to 15 by defeating his Chinese opponent Zhua Xintong in the final of the IBSF World Snooker Championship in Hurghada, Egypt.

Advani will now head to Bengaluru to switch to the 3-ball game in preparation for the World Billiards Championship, which starts from December 5.

Advani is currently the only player in the world to compete at the world championship level in both billiards and snooker.(ANI)