Pakistan vs Australia: Mohammad Asghar added as back up for Yasir Shah 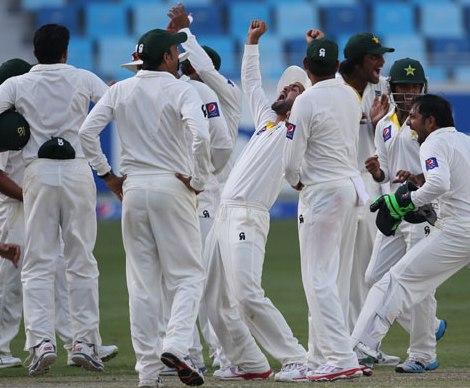 Melbourne [Australia], Dec. 8 (ANI): 17-year-old Mohammad Asghar have been called by Pakistan as back-up for leg spinner Yasir Shah for the three-match Test series against Australia.

Yasir was ruled out of the ongoing warm-up game against Cricket Australia XI at Cazaly's Stadium in Cairns due to a back injury. A similar back spasm suffered ahead of the series against England in UAE forced Yasir to miss the first Test in Abu Dhabi.

Left-arm all-rounder Mohammad Nawaz is the only other spin option in Pakistan's Test squad.

Asghar was originally considered for series Down Under because he had been pulled out of the ongoing Bangladesh Premier League to play first-class cricket in Pakistan, but the selectors eventually named the same squad that played the Tests in New Zealand.

Asghar, who is yet to don Pakistan colours at the top level, rose to prominence during the inaugural edition of Pakistan Super League in February.

"Yasir is visibly improving but it's an important Test and we don't want to take a risk," Amjad Hussain, Pakistan media manager was quoted as saying by ESPNcricinfo.

"He basically suffered back spasms and is being taken care of with therapy. We are hoping to have him back. But it's always good to have back up to counter the worst case," he added.

Meanwhile, Australia have named the same squad that won them the Adelaide Test against South Africa for the Gabba Test.