Not sure Australia's spinners can get the job done in India: Allan Border 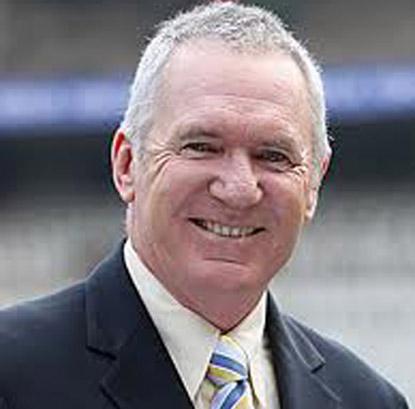 London [UK], Jan. 21 : Despite Cricket Australia naming a spin-heavy 16-man squad for the four-match Test series in India in a bid to compete against the No. 1 Test side, former skipper Allan Border doubts Australia's spinners can do the job in India.

Border also said he would have picked right-arm pacer Pat Cummins to add firepower to the tourist's attack.

"I personally would have taken a gamble on another paceman, probably Pat Cummins," Border was quoted as saying by the Guardian. "I think he's ready to go. I'm not sure why they're holding him back so much. I would have been very tempted to have that firepower bowling option."

"If you use Pat Cummins properly, he's only probably got to bowl 16 overs in a day. You just do it in four short bursts and you just let him rip," he added.

However, the former skipper has suggested Australia to rely on the strength of its fast bowlers to beat India rather than risk playing inexperienced spinners.

"If I'm a batsman, I know who I prefer to face, even on a turning track. I think he's (Cummins) a guy who could get some reverse swing as well, which will be really key to doing well over there," Border said.

"I'm not sure whether they're going to beat them just with spin options. They've got a phenomenally good batting line up, India. To get our 20 wickets to win games, we're going to have to show a lot more patience than we normally do."

Australia, which sit at the second spot in the ICC Test Rankings following a 3-0 whitewash in their home series against Pakistan, will face a herculean task against the Virat Kohli-led side.

Australia have not won a Test in India since 2004 and their last series victory in Asia came against Sri Lanka in 2011.

They have since suffered nine straight Test losses in the subcontinent.