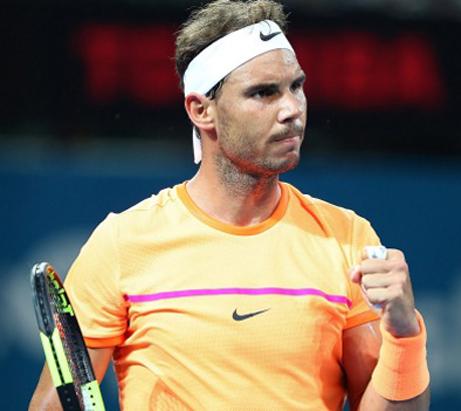 Johannesburg [South Africa], Apr 24 : Fourteen-time Grand Slam Champion Rafael Nadal has asserted that his next target will be his home event in Barcelona, where he owns nine titles and not the French Open.

It was Nadal's 50th trophy on clay court, his 70th overall and his first title in almost a year

Nadal, also known as the King of Clay, has the same number at Roland Garros and could crack the 10 barrier in Paris. However, he is keeping his goals in perspective and is not looking too far ahead.

"The next step is not Roland Garros, the next step is Barcelona. I never take Monte Carlo, Barcelona, Rome, Madrid like a preparation for any other tournament. These tournaments are so important. That's the real thing," Sport quoted Nadal as saying.

"Then Roland Garros arrives later. It is another important event for me," he added.

"This is really unbelievable," said Nadal of his Monte Carlo win. "To win 10 times in such an important event like Monte Carlo is something difficult to describe. Every year it's been a different feeling"

"At the same time it is always a unique moment every time I have this trophy with me. I feel lucky to keep playing tennis, being healthy all those years, to compete in one of the most beautiful events of the year, without a doubt," he added.

He is already the first man in the Open Era (since April 1968) to win 10 titles at a tournament.