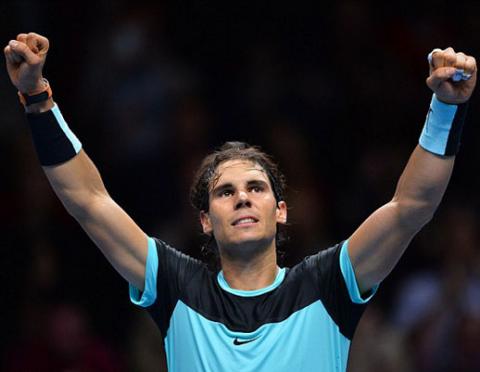 Unseeded Chung went up 3-1 against Nadal in the first set and forced the tie breaker, which was eventually sealed by the Spaniard maestro.

Defending champion Nadal made light work in the second set before registering a 7-6(1), 6-2 victory over Hyeon in their quarter-final clash that lasted one hour and 44 minutes on the newly-renamed Rafa Nadal Court at the Real Tennis Club.

With the win, Nadal has set up a last-four clash against Horacio Zeballos of Argentina for a place in the summit showdown.

Earlier, world number one Andy Murray also made it to the semi-finals after struggling past Albert Ramos-Vinolas 2-6, 6-4, 7-6(4), thus avenging his defeat by the Spaniard in the Monte-Carlo Rolex Masters last week.

Murray will also aim to seal a final berth when he takes on fourth-seed Dominic Thiem of Austria in their last-four clash of the men's singles event later today. (ANI)