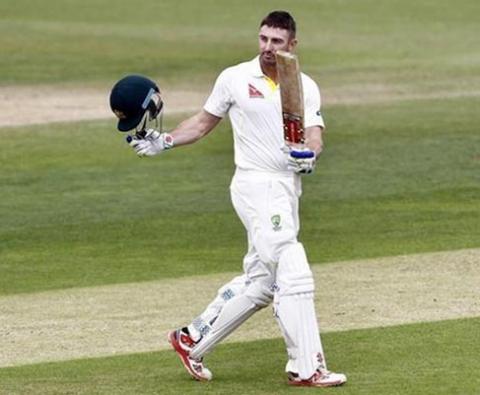 Siddle has been out of the national team since November last year while Marsh had struggled to perform on the recent unsuccessful tour of India.

Faulkner, who played in the ODI series against New Zealand and Twenty20 series against Sri Lanka in February, was not included in the Champions Trophy squad for the first time.

Following their breakthroughs into Test cricket last season, young batsmen Matthew Renshaw and Peter Handscomb have also been named in the 20-man list, which was shortlisted based on the players' performances over the past 12 months.

Reflecting on Hilton's inclusion in the list, chief selector Trevor Hohns said the all-rounder is an exciting prospect for Australian cricket and added that he had thoroughly earned the central contract, Sport24 reported.

"Hilton has thoroughly earned his spot in the list this year. He is an exciting prospect for Australian cricket and we look forward to seeing him perform for Australia in the coming 12 months, if given his opportunity," said Hohns while pointing out that Hilton is the second highest runs scorer in the Sheffield Shield last season.

Hohns also could not stop himself gushing over Agar. The national chief selector said that Agar is a talented young player who they believe would offer a fantastic package with his batting, bowling and fielding.

On the other hand, leg-spinner Adam Zampa and veteran Nathan Lyon are the only two specialist slow bowlers on the list.

No contract figures are yet available while negotiations between CA and the Australia n Cricketers Association continue over a new pay agreement.