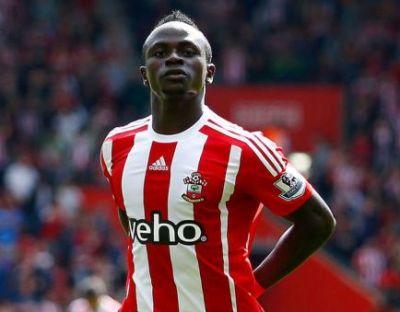 Liverpool [UK] Dec. 20 : Liverpool forward Sadio Mane struck a dramatic goal in injury time to ensure that Jurgen Klopp enjoyed his first visit to Everton with a 1-0 win in their Premier League clash at Goodison Park on Monday.

Mane pounced on the rebound after Daniel Sturridge's shot struck the post in the 94th minute to earn a big three points for the Reds, thus taking them to the second spot in the league standings.

The dramatic goal allowed Liverpool to move to within six points of league leaders Chelsea, with Manchester City a further point back in third. Everton, with just one win in seven, are ninth in the standings.

Neither of the sides was able to go past the goalpost in the first half of the game. Everton had started the game in impressive and aggressive fashion but lost their way after the interval, reports goal.com

Everton will next lock horns with Leicester City on December 26 while Liverpool will face Stoke City the next day. (ANI)