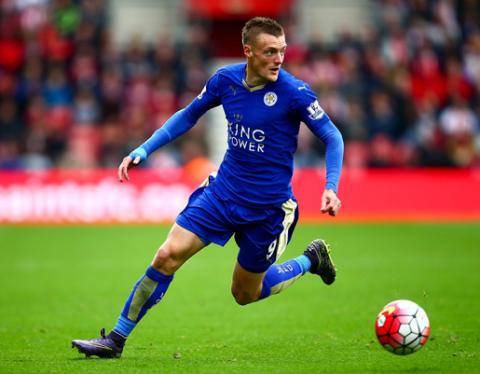 Leicester produced a much-improved performance under caretaker boss Craig Shakespeare, who took over the charge after the departure of manager Claudio Ranieri who led the side to their maiden title triumph last season in their 132-year history.

Fresh from Leicester's 1-2 Champions League defeat to Sevilla, Vardy put his side ahead in the 28th minute of the match before Danny Drinkwater displayed impeccable technique to smash a sumptuous long-range second goal for his side.

Vardy then sealed a winner for Leicester with a glancing header from Christian Fuchs' cross in the 60th minute followed by a consolation goal from Liverpool's Philippe Coutinho just six minutes later, goal.com reported.

Liverpool, who are standing fifth in the table with 14 wins from 26 games they have played so far, will next lock horns with Arsenal on March 4. (ANI)