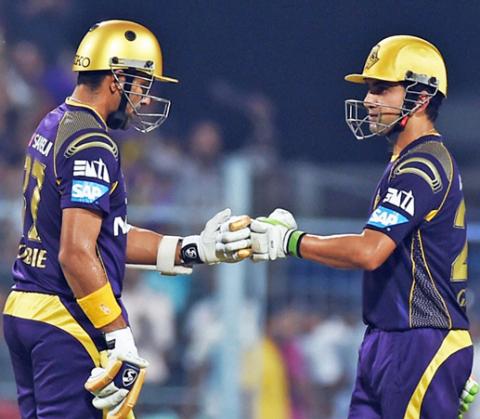 Chasing a stiff target of 183, KKR rode on the innings of Uthappa, who struck 87 off just 47 balls and was ably supported by his skipper Gambhir, who made 62 off 46 deliveries as the two-time champions crossed the line with 11 balls to spare.

Uthappa's match-winning knock was decorated with 7 fours and 6 sixes while Gambhir's inning was laced with 6 fours and 1 six.

Earlier, RPS skipper Steven Smith led from the front with an unbeaten 51 to help his side post a challenging 182 for five.