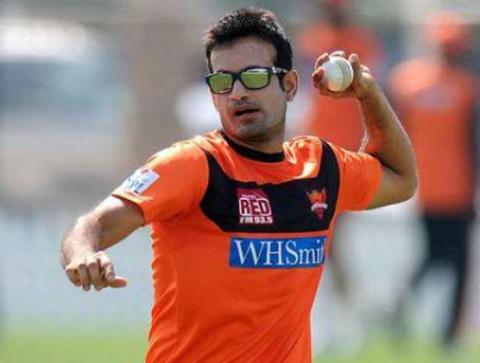 Gujarat [India], Apr 25 : Indian all-rounder Irfan Pathan has been roped in by Gujarat Lions as a replacement for injured Dwayne Bravo for the remainder of the ongoing tenth edition of the Indian Premier League (IPL).

Bravo sustained a hamstring injury in December during the Big Bash League after which he went under surgery and has not played a single game in this edition of the IPL.

Confirming the news of his signing, Irfan posted a picture of himself donning a Lions jersey on Twitter, and said that he was "looking forward to be part of this wonderful unit."

Despite being part of five IPL franchises in previous seasons, Irfan went unsold in February's IPL auction at the Ritz-Carlton hotel in Bengaluru, ESPNcricinfo reported.

He, however, displayed a poor run with Rising Pune Supergiant last season, managing only 11 runs in three innings and going wicket less in the eight overs he bowled.

Lions are currently placed seventh in the IPL table, having just two wins from seven games they have played so far. (ANI)