Important to win tournaments in lead-up to World Cup: Oltmans 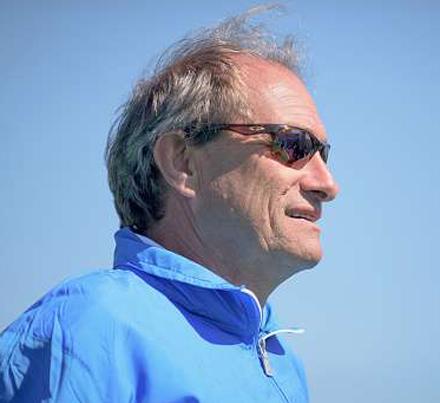 Bengaluru (Karnataka) [India], Mar. 17 : Post the final match at the recently-concluded Hockey India League, Kalinga Lancers skipper Moritz Fuerste backed India to be top three in the world in the next ten years.

His belief stemmed from the immense potential that the German stalwart has witnessed in the country since his involvement in the league over the past four years.

"I see it as a compliment that top sides in the world are seeing what India is doing," expressed Roelant Oltmans, chief coach for Indian Senior Men's hockey team.

"Maybe three-four years ago they weren't even looking at India as a serious competitor. India is getting close to the top sides and now it's up to us to show that we can do it," expressed Oltmans at the Senior Men's national camp that is underway since March 14 at Sports Authority of India ( SAI), Southern Centre in Bengaluru.

Having made a good start to the new Olympic cycle with India winning the Men's Asian Champions Trophy as well as the prestigious Junior World Cup, Oltmans feels that the process has been put in place to be the world's best in the following years.

Apart from improving tactically and technically, there is a lot of emphasis on scientific approach towards training in this new Olympic cycle.

Oltmans said, "We will rely a lot on scientific approach of training keeping in mind the new demands of international hockey. It is becoming such a fast sport where the players need to sprint and sprint almost throughout the game maintaining optimal energy levels. So we need to make sure our training and testing program is based on that and how they cope with that pressure. Moving forward, I also feel there is room for improvement in terms of tactical and technical execution. We will also need to improve on converting our PCs."

While India play in the Sultan Azlan Shah Cup in April, the World League Semi Final in June followed by Men's Asia Cup in September and the World League Final in December, Oltmans' focus is on building a formidable team for next year's World Cup.

"I think in the previous Olympic cycle, from 2014 the past two years, we have made a lot of progress. No doubt our focus is on 2020 Tokyo Olympics and the 2018 Men's World Cup but we have to get the confidence by doing well in all tournaments," he added.

With 11 new recruits from the Junior World Cup winning squad in the 33-member core probable group, it is evident that the chief coach is looking at bringing the potential of youngsters to the fore ahead of big ticket events.

"Every country goes through a transitional phase. I know that Holland already has 12 players from their junior squad though they finished seventh in the Junior World Cup. It is important to invest in the potential of these younger players to make sure they continue to develop."

"These guys (junior players) know what is expected of them and the last four months of 2016, I have closely worked with these boys ahead of the Junior World Cup and they are aware of my working style. They are elite athletes and they are fully aware I expect nothing less than 100 per cent on the pitch in every session," asserted the Dutchman who has been signed up for the top job till 2020 Olympics.

To achieve better results, Oltmans feels it's important for the players to own up and take individual responsibility. "From what I've seen, there is a top down approach that exists in Indian way of functioning - be it in business, family or work. To do well in a team sport, every player needs to take responsibility and work towards executing his personal best into the team but not by playing as an individual but as a team player. I see this changing in our team and I believe this change in attitude will bring us success." (ANI)