`I am fortunate to be alive` says Petra Kvitova 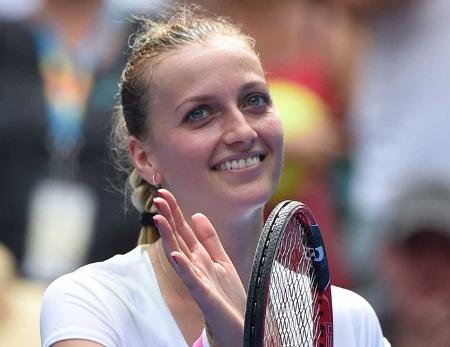 London [UK], Dec. 21 : Two-time Wimbledon champion Petra Kvitova has insisted she was "fortunate to be alive" after being attacked by a knife-wielding intruder at her home in Czech Republic on Tuesday.

Confirming the news, Kvitova's spokesperson Karel Tejkal had revealed that the incident, which he described as a `burglary`, took place in the eastern Czech town of Prostejov.

A police spokesman said that the attack happened before 8.30am local time when Kvitova, who was eating breakfast, answered the doorbell to a man who claimed he had come to read the meter. After being allowed into the flat, he threatened her with the knife, the policeman added.

"It was not that they would go intentionally to rob Petra," he said. "Her injuries are not life-threatening," Tejkal was quoted as saying by the Guardian.

Kvitova was taken to hospital in Brno, the Czech Republic's second city where she had an operation on Tuesday evening.

"Thank you for all your messages. As you may have already heard, today I was attacked in my apartment by an individual with a knife. In my attempt to defend myself, I was badly injured on my left hand. I am shaken, but fortunate to be alive. The injury is severe and I will need to see specialists, but if you know anything about me I am strong and I will fight this. Thank you all again for your love and support," Kvitova said in a series of tweets.

"Considering the extent of the damage, the surgery went very well. Doctors repaired to tendons in all five digits of the left hand as well as two nerves. Petra will wear a cast on her hand for six to eight weeks and will be unable to bear weight for three months," Spellman said.

Earlier, Kvitova, who won the women's singles titles at Wimbledon in 2011 and 2014, had ruled out of next month's Hopman Cup mixed teams' tennis tournament due to a foot injury. (ANI)