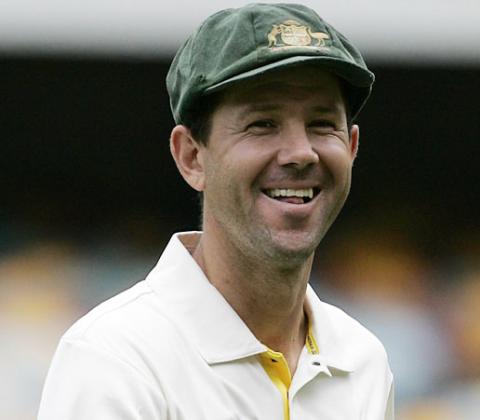 Raina has made 309 runs in the eight matches he has played so far at a strike rate of 141.74, Harbhajan has taken just four wickets in the seven matches but his economical bowling has been instrumental in his franchise's dream run this season. Bhuvneshwar, on the other hand, has been in terrific form this season as he has picked up 16 wickets in seven matches at an economy of just 6.28.

In an interview with cricket.com.au, Ponting put together his Best XI from the tournament so far which includes four Indians, two Australians, two South Africans, an Englishman, a Kiwi and an Afghani in his side.

The Australian cricket legend has named David Warner as the captain of his best IPL XI while England's Jos Buttler, who plays for Mumbai Indians, has been chosen as the wicketkeeper.

One of the major surprises of his dream team is Nitish Rana, who plays for Mumbai Indians.

Rana, in the eight IPL matches he has played so far, has scored 266 runs at an average of 38.00 with strike rate 135.02. In the process he has scored three half centuries.

Speaking about Rana's selection, the former Mumbai Indians coach said, ""I had young Nitsh Rana at Mumbai for a couple of years and it was only the last couple of games last year where he got some exposure and he played really well."

"He's a very dynamic left-hander and he hits spin particularly well. If he's got a weakness it's against good quality fast bowling, but he's been outstanding so far and he's someone who could potentially play for India down the track as well. He's a very exciting young talent," he added.

The other surprise inclusion has been of Afghanistan's spinner Rashid Khan, who has impressed one and all with his brilliant bowling performance. Khan has taken 10 wickets in seven matches he has played so far for Sunrisers Hyderabad.