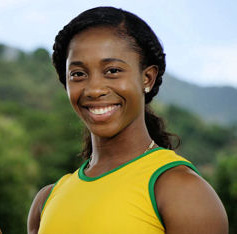 Doha, May 9 : All eyes will once again be on reigning World and Olympic 100 metres champion Shelly-Ann Fraser-Pryce when the lucrative IAAF Diamond League opens here with the Qatar Athletic Super Grand Prix.

The 27-year-old Jamaican is on top of her game and will be installed as the one to beat when she takes on her competition at the Qatar Sports Club. With main rival American Carmelita Jeter not in the line-up, Fraser-Pryceâ€™s only threat should come from Nigerian Blessing Okagbare, who won the 100m last week at the Jamaica Invitational in Kingston.

Fraser-Pryce brings a high billing to the event, having won gold at the 2012 London Olympics and in Moscow last year. Earlier this year, she claimed her first ever indoor title when she captured gold in the 60m in Sopot. Last weekend, she easily beat the field in the half-lap at the Jamaica Invitational to warm up for the outing here.

On the menâ€™s side, there is a noticeable absence of big names. However, Jamaican Warren Weir, the 200m bronze medallist at the London Games, will battle with 2012 European champion Churandy Martina of the Netherlands.

Jamaican Nickel Ashmeade, a sprint relay gold medallist in Moscow last year, will also line up at the start along with countryman Rasheed Dwyer.

Kaliese Spencer will give Jamaica a presence in the 400m hurdles that will also feature World Championship silver medallist American Dalilah Muhammad and bronze medallist Lashinda Demus, also from the United States.(IANS)