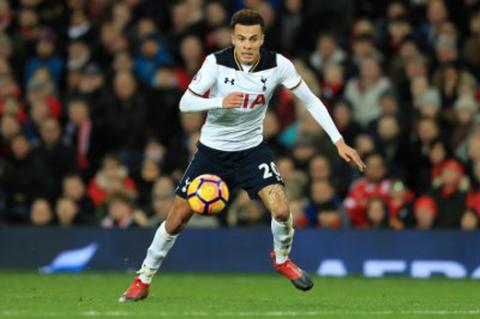 London [UK], Jan. 5 : Tottenham midfielder Dele Alli scored twice to help his side register a 2-0 win over Chelsea, which were aiming to create Premier League history with a 14th successive victory at White Hart Lane on Thursday.

Spurs moved to the third spot in the standings after Alli scored in either side of the half-time to help his side end Chelsea's 13-match winning streak, reports the Guardian.

Chelsea are now five points clear, having missed the chance to put an eight point gap between them and Liverpool in the league.

Alli gave Spurs the lead in the first-half stoppage time as he rose to meet Christian Eriksen's cross. The same pair pulled off another goal in the minute of the match to take the game away from Chelsea's reach.

The defeat was a terrible blow for Chelsea manager Antonio Conte, as it was his first defeat since his side lost at Arsenal on September 24. (ANI)