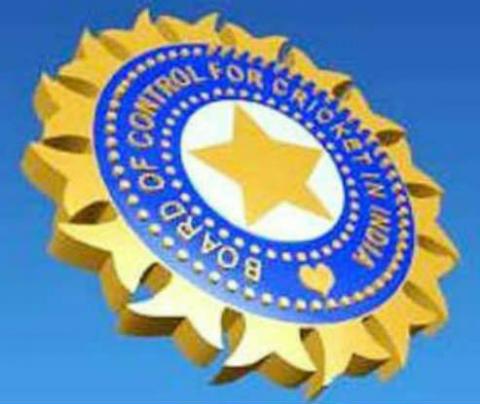 Dubai [UAE], Apr 27 : Under ICC's revised financial model, the Board of Control for Cricket in India (BCCI) will receive USD 293 million from the International Cricket Council global revenues for the 2015-23 rights cycle.

The decision was taken in the crucial ICC Board meeting in Dubai where a number of decisions passed, including an agreement on a new constitution to be put before the ICC Full Council was also reached.

Meanwhile, England and Wales Cricket Board (ECB) will receive USD 143 million, Zimbabwe Cricket to get USD 94 million and the remaining seven Full Members will be given USD 132 million each. Associate Members will receive funding of USD 280 million. This model was passed 13 votes to one.

A revised constitution was also approved by 12 votes to two. This takes into account the Board's feedback following extensive discussion at the February meeting and further input from the working group.

It will now be presented to the ICC Full Council in June for adoption. The constitution reflects good governance, expands on and clarifies the roles and objectives of the ICC to provide leadership in international cricket.

The other constitutional changes proposed include:

Ā· Removal of the Affiliate level of Membership so only two categories; Full Member and Associate Member

Ā· The introduction of an independent female director

Ā· All Members to be entitled to attend the AGM

Under the revised version that will be presented to the Annual Conference and in an effort to support existing Full Members, the potential for reclassification of Full Membership was removed.

The Board acknowledged the need to sustain and grow the number of members competing at the top level.

ICC Chairman Shashank Manohar said, "This is another step forward for world cricket and I look forward to concluding the work at the Annual Conference. I am confident we can provide a strong foundation for the sport to grow and improve globally in the future through the adoption of the revised financial model and governance structure."

ICC Chief Executive David Richardson, on the other hand, said: "It has been a very productive week. Progress has been made on a number of significant issues, in particular around international cricket structures. Efforts to find a solution, enhancing the context of international bilateral cricket and retaining the relevance of the international game, will continue."

On Wednesday, the prospect of India pulling out of this year's Champions Trophy loomed larger after the BCCI lost both the governance and the revenue votes at the crucial ICC meet.

On the first day of the ICC Board Meeting in Dubai, cricket's Full Members exercised their collective will to outvote the Indian cricket board.

The BCCI was the only member to object against a new financial model and was one of the only two countries to vote against the new governance changes.

The finance model received a 9-1 vote in favour, while the governance structure was passed by an 8-2 margin. The only country that voted alongside BCCI was Sri Lanka.

Their rejection came as BCCI wanted the share it was getting under the Big Three model, i.e. 570 million USD.

However, it is understood that the other Full Members rejected the BCCI's offer, leaving Choudhry in a tight position on Wednesday morning hours before the ICC Board meeting.

It should be noted that the ICC generates a higher percentage of revenue from India than any other cricket-playing nation. (ANI)