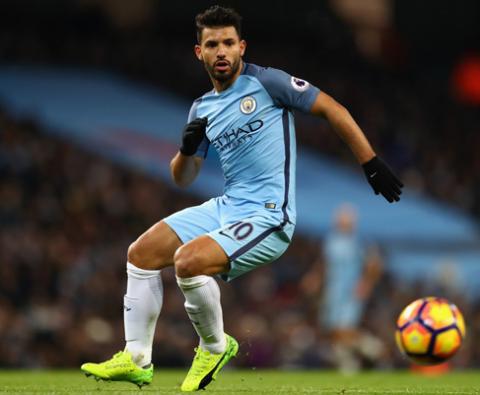 Sunderland [U.K], Mar.6 : Striker Sergio Aguero netted his 23rd goal of the season as Manchester City surged back to the third place in the Premier League following a 2-0 win over Sunderland at the Stadium of Light here last evening.

The in-form Argentina international tapped home from close range just three minutes before the half-time to put the visitors ahead. It was also Aguero's fifth goal in his last three games.

Subsequently, winger Leroy Sane pulled back one goal to double his side's lead after the break, goal.com reported.

The win left the Pep Guardiola-led side just a point behind second-placed Tottenham Hotspur and eight points adrift of leaders Chelsea, who will visit West Ham later today.

On the other hand, Sunderland are languishing down to the bottom of the table, having managed to notch up only five wins from 27 games they have player.

While City will lock horns with Stoke City, Sunderland will take on Middlesborough in their next Premier League clash. (ANI)