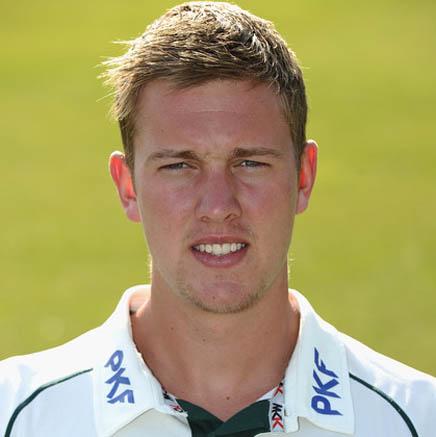 London [UK], Jan. 18 : Following the heart-wrenching defeat in Pune ODI, England pacer Jake Ball has insisted that his team would try to ruin the party of India when the two sides meet in the next game in Cuttasck.

Middle order Indian batsman Kedar Jadhav, along with skipper Virat Kohli, rattled up a sensational partnership for the fifth wicket to set up the platform for India after England set the hosts a stiff 351-run target in the first ODI at the Maharashtra Cricket Association ( MCA) Stadium on Sunday.

Jadhav (120 off 76 balls), who came to bat at No. 7 after India had lost four wickets at 63, batted extremely well with Kohli (122) as the duo stitched together a 200-run partnership to ensure the hosts chase down the mammoth target.

Ball was one of the better bowlers of the visiting team, drawing the thick edge over third man that his team maintain was a chance to dismiss Kohli early and wrap up the game.

"You're in an entertainment industry and fans like to see the ball going for four and six, and that's what's happening at the minute. We're just trying to ruin the party if you like," the Guardian quoted Ball as saying.

"When you're looking at 350 and you're thinking, 'have we got enough', it shows how the game has developed and how players have developed. It's hard at the minute but we're working on plans and things in the nets and hopefully we can put those into practice," he added.

The Kohli-led side lead the three-match series 1-0 and will next face England on January 19 at Barabati Stadium in Cuttack. (ANI)