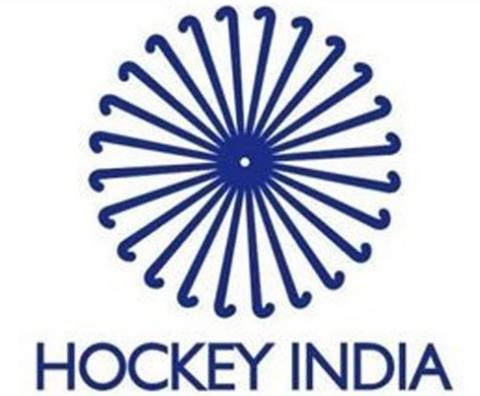 Hockey Rajasthan couldn't have asked for a better start to the game, controlling and passing with ease, before Raju Ranwa converted a PC in the fifth minute to give them the lead.

Almost from the restart, they doubled it. This time the scorer was Nivedita Chakravarty. From there on they settled into a measured pace of play, keeping their opponents at bay, and ensuring they didn't slip up. In the 54th minute captain Manisha Sharma scored a third for them, to put them in the semi finals.

Hockey Madhya Bharat downed Manipur Hockey in an exciting high paced, high scoring second quarterfinal to move into the next round.

The match was a game of two halves very literally, Hockey Madhya Bharat superior in the first. Puja Kumari's brace (9', 20') and Kratika Chandra (15') gave them a solid start to the game.

Nisha Rajak's 30th minute strike made it seem like the next half would be a mere formality.

Manipur Hockey weren't to be outdone though. They rallied in the third quarter, and started controlling the game better. They pulled back a goal in the 42nd minute via Mandakini Devi Warepam.

In the final quarter, with all to play for, Manipur Hockey's pace increased and Mandakini Devi added another in the 54th minute to bring them closer.

Sonia Devi Kshetrimayum's 58th minute strike meant, the last two minutes would be frenzied, with Manipur Hockey looking to extend the game to a shootout. Hockey Madhya Bharat held on to the lead, to reserve a berth in the semi finals.