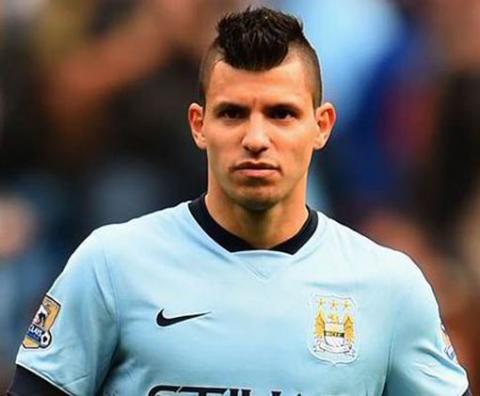 London [U.K], Apr 28 : Marouane Fellaini was sent off for headbutting of Sergio Aguero as Manchester City and Manchester United played out a hard-fought goalless draw in their Premier League encounter at the Etihad Stadium here on Friday.

Merely 19 seconds after being booked for a foul on Aguero, Fellaini rammed his head into the City striker following another clash in the 84th minute and was given a straight red card by match referee Martin Atkinson, goal.com reported.

Although both sides got number of chances to score goals, all their efforts went in vain.

City remained in possession throughout the match and should have put themselves ahead as early as in the ninth minute of the match. However, the clinical instinct that has seen Aguero score goal in each of his last six outings deserted him as he struck the upright from close range.

Meanwhile, United's best opportunity to take a lead came when midfielder Ander Herrera evaded his marker to meet a free-kick at the back post, only to see his header off the target.

The Jose Mouriho-led side, who were playing without their injured top scorer Zlatan Ibrahimovic, managed to display some defensive performance and remained solid for the closing minutes to extend their unbeaten league run to 24 games.

United are standing at the fifth spot with 17 wins from 33 games, just one point behind fourth-placed City who have secured 19 wins.

While Mourinho's side will take on Swansea City, Manchester City will lock horns with Middlesbrough in their next Premier League clash. (ANI)