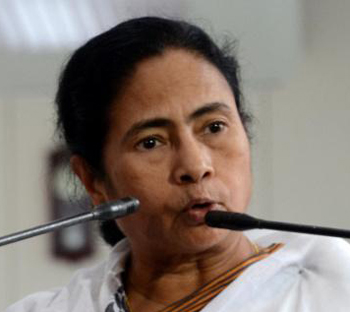 Kolkata, May 12 : West Bengal Chief Minister Mamata Banerjee Monday expressed shock over the "alarming role" of a major section of the media.

"There's hardly any room for doubt that a few major cash-loaded political parties have taken up control of media houses and engaged them to serve their narrow political interests, trampling down the ethics of democracy and voice of people," she said on her official Facebook page.

Claiming that the run up to the current Lok Sabha election manifested an "alarming role of a major section of the media", Banerjee, also the Trinamool Congress supremo, expressed shock over the "partial and biased conduct of a segment of electronic and print media".

She has often publicly hit out at a section of the media and even accused a certain media house of "plotting to murder her" in connivance with her rival parties.

"The brazen personal attacks, distortion of facts, character assassination and vilification in never before manner has stunned the nation," said Banerjee, who during the day cast her vote at a polling station near her residence in Bhowanipore under the Kolkata South Lok Sabha constituency.

Walking all the way from her Harish Chatterjee Street residence to the polling station at the Mitra Institution, Banerjee accompanied by Bengali actor Rudranil Ghosh flashed a victory sign to waiting media persons after exercising her franchise.(IANS)