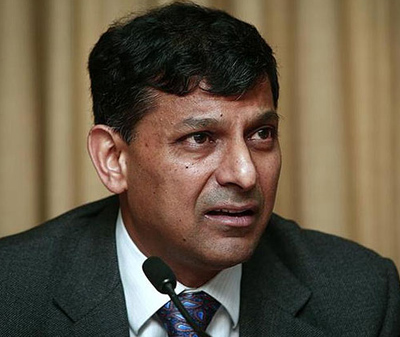 Mumbai: Reserve Bank of India Governor Raghuram Rajan on Tuesday said shifting the regulation of bond trading from the central bank would have an adverse impact on the government bond market.

"My personal view is that moving the regulation of bond trading at this time would severely hamper the development of the government bond market, including the process of making bonds more liquid across the spectrum, a process which the RBI is engaged in," Rajan said at State Bank of India's Banking and Economic Conclave.

He was talking about reforms suggested by the Financial Sector Legislative Reforms Commission (FSLRC).

The Governor, however, said the central bank will not stand in the way if the government wants to manage its own debt.

"I don't believe the government suffers any less from conflicts of interest in debt management (unlike the views of the FSLRC), but the RBI could well carry out the government's instructions without any loss in welfare," he said.

Rajan said if the government wants to manage its debt, it may have to initially depend on deputations from the RBI for advice.

One of the FSLRC's suggestions is to create a Financial Sector Appellate Tribunal with the objective of placing more checks and balances on regulatory actions.

The Governor noted that the process by which the regulator reaches a decision, as well as the conformity of the decision with basic principles such as natural justice, can already be challenged through a writ petition in a High Court.

"But how much checking and balancing is enough? Do we want even policy decisions to be appealable? Can legal oversight become excessive?" Rajan asked.

He said too many checks and balances on regulators could completely vitiate the flexibility afforded by rewriting laws.

He said if the regulator wants to be trusted, it has to display the greatest competence and integrity.

"The RBI, despite the general deterioration in the probity of public institutions, has maintained a reputation for integrity," Rajan said.

Rajan added that the regulator cannot be complacent about integrity and has to work on maintaining a culture, and service conditions, that encourage integrity.

The RBI Governor said the FSLRC's recommendations on size and scope of regulators seem to be somewhat schizophrenic.

"On the one hand, it emphasises synergies in bringing together some regulators into one entity. But in the process it suggests breaking up other regulators, with attendant loss of synergies," he said.

Rajan said the FSLRC also seems to be inconsistent in its emphasis on synergies and regulatory uniformity.

This balkanisation would hamper regulatory uniformity, supervision of credit growth and the conduct of monetary policy, he added. --- PTI