Singer Katy Perry opens up about her relationship with Orlando Bloom, Split and Reconciling in 2018 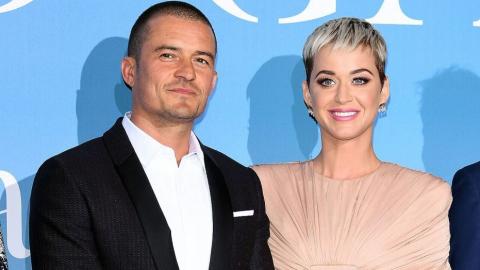 American singer-songwriter Katy Perry recently opened up about her relationship with English actor Orlando Bloom.
According to Fox News, the stars, who are now engaged and expecting their first child together, began dating in 2016 before splitting in 2017 and reconciling in 2018.

The 35-year-old singer recently spoke with Apple Music and dished on the relationship.

The 'Smile' crooner said according to Us Weekly, "For us, and you can hear that even in 'Champagne Problems,' which is a song on the record, you can hear that we're not flaunting how in love we are. We have been through f**king hell. We have been down to the mat and come back up again so far, and that's even what the song 'Witness' was about 'If I lost it all today, would you stay? Could you go down with me to the mat and come back up?'"

She and Bloom have "come back up again" since their tribulations, and things are better now as they commit to one another, Perry said.

"Now it's a relationship, but it's work. Dating is different than real relationships. You've got to make a choice every day to be in this relationship and to work hard on yourself with someone that's mirroring you so intensely," said Perry.

And Bloom is doing the same, she said.

Just like many others around the globe, the two had to put their wedding plans on hold as the coronavirus pandemic grew.

"For us, it's about the partnership and it's about, right now, taking it one week at a time," she said. "We had a whole thing planned and that got cancelled, so we're just looking forward to a healthy arrival at this point in time. It's funny. It's like 'Don't make too many plans this year because it's real go-with-the-flow time.'"

Fox News reported that earlier this month, 43-year-old Bloom gushed over his excitement for their daughter, who they've teased will make her arrival this summer.

The actor said during a virtual appearance on 'The Tonight Show with Jimmy Fallon,' "I'm so excited to have a little daddy's girl. I hope she's going to love me as much as I'm going to love her."

The English actor also has a 9-year-old son, Flynn, whom he shares with ex-wife Miranda Kerr.