London, Oct 2 : Singer Alicia Keys added a little Indian touch to her dressing by sporting a maang-tika on her forehead, teamed with an off-shoulder Dolce & Gabbana formal gown at a charity event.

The pregnant singer was dressed elegantly to host the annual Black Ball for her charity Keep A Child Alive in New York. The event was held to raise funds for HIV/AIDS in Africa and India, reports dailymail. co. uk.

Soon to be mother Alicia Keys ties the knot

Washington, August 02 : Pregnant American singer Alicia Keys got married to record producer Swizz Beatz in a wedding at a private home on the Mediterranean Sea, her representative confirmed.

â€śItâ€™s a brand new day :) I feel like Nas and Diddy song :) love yâ€™all and blessing,â€ť he tweeted later. 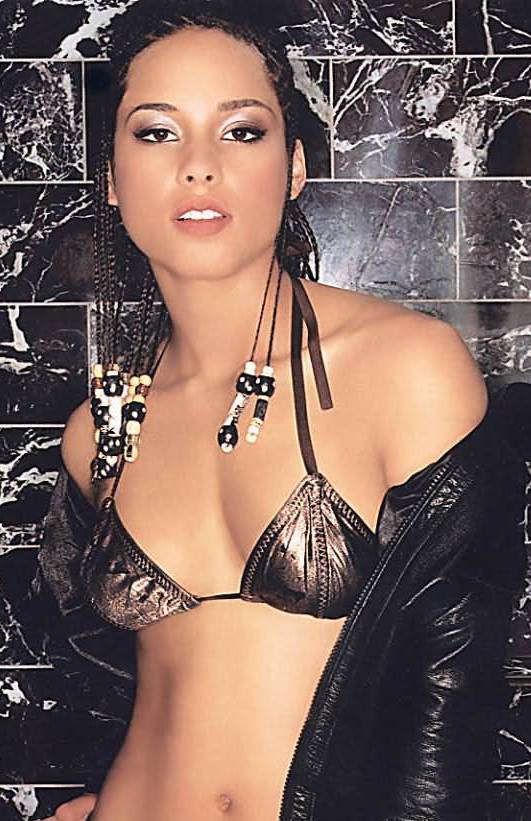 Keys, Beatz not to wed this weekend

London, July 22 : Rapper Swizz Beatz has dismissed reports that he and singer Alicia Keys are getting married this weekend but says they will tie the knot soon.

Aceshowbiz.com reports that although Swizz refused to give a specific date, the 31-year-old rapper said: "It's soon! (But) not this weekend."

It was reported they planned to marry in Europe this weekend.

London, July 21 : Singer Alicia Keys will wear a Vera Wang gown when she walks down the aisle with rapper-producer fiance Swizz Beatz later this summer in Europe.

"They're planning a celebration in Europe very soon. It will be a star-studded celebration," dailystar.co.uk quoted a source as saying.

"She's decided on a (American fashion designer) Vera Wang gown and has been eyeing Christian Louboutin shoes," the source added.