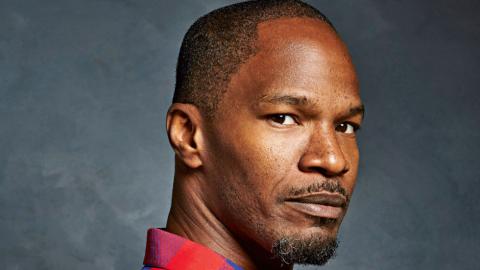 American actor Jamie Foxx has informed that after a long delay, work on Mike Tyson's biopic has started again. Foxx will be playing the lead role and is working hard to bring Mike Tyson's story to the big screen.

According to Fox News, since the 2014 announcement that the 52-year-old star would act in a biopic centred on the legendary boxer, the project had been tangled in the web of film development.

The 'Just Mercy' actor recently chatted with filmmaker Mark Birnbaum on Instagram Live, where he revealed that the project is underway.

The Oscar-winning actor said, "It's a definitive yes. Doing biographies is a tough thing. Sometimes it takes 20 years to get them done, but we officially got the real ball rolling."

The 'Robin Hood' star added that he "can't wait" to share the story before diving into the story of how he met Tyson.

Foxx recalled, noting he was about 22 years old at the time when he first met the boxer, and said, "I met Mike Tyson in the weirdest way, I was on stage doing stand-up years ago. I get to my Mike Tyson joke and nobody claps, nobody laughs. You know why? Because Mike Tyson was watching."

The 'Ray' star said that after the audience urged him to continue, a voice shouted out, "Yo, Mike said do the joke, but that s**t better be funny."

Following which, Foxx told his joke and received a standing ovation and personal praise from Tyson.

Foxx recalled another, more recent conversation he had with Tyson, in which the athlete confessed to being "happy" because he didn't have "vultures" in his life after he lost a great deal of his money.
The 'Annie' actor said, "That's the person that we want to show. We want to show everybody evolves. Everybody comes from a good or bad place and I think when we lay the layers on Mike Tyson in this story, I think everybody from young and old will be able to understand this man's journey and the way we'll place it."

Foxx also explained that a great deal of technology will go into making him look like Tyson.

With the role of the legendary boxer, Foxx will have to physically prepare himself for the role as well, which includes a routine of 60 pull-ups, 60 dips and 100 push-ups every other day.

Finally, the multi-hyphenate showed off a few snaps of himself amid his physical transformation, proving that he's building plenty of muscle to inhabit the role.