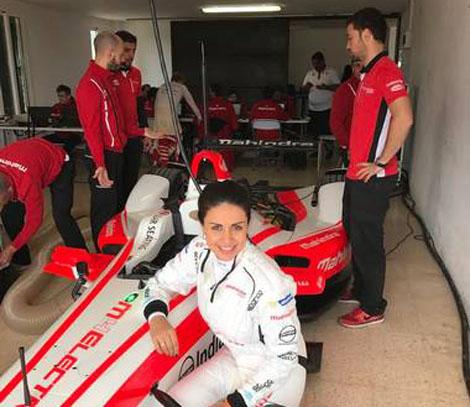 New Delhi [India], April 29 : Gul Panag's love for cars is not unknown to anyone and this time she takes it a step ahead.

She, reportedly, drove the M4Electro at the Circuit de Calafat in Catalonia, Spain, which is a Mahindra fourth generation Formula E race car.

Before going behind the wheels of the racing car, Gul took a proper expert training as driving a racing car is an extreme experience and requires a high level of fitness.