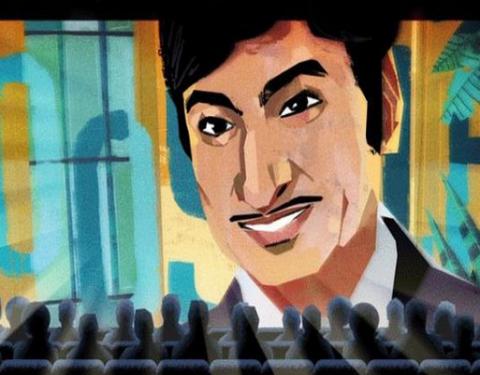 New Delhi [India], Apr 24 : Google today dedicated its doodle to veteran Kannada actor Rajkumar and paid a tribute to the star on the occasion of his 88th birth anniversary.

The doodle sees a larger-than-life Rajkumar on the silver screen while the audience sitting in a theatre cheers for him.

According to Google doodle team's post on their blog, "Early drafts of today's Doodle featured different interpretations of the beloved star's work. The first illustrates Rajkumar singing and holding the white bird from Kasturi Nivasa, a quintessential Kannada drama and a cornerstone of Rajkumar's cinematic legacy. Another Doodle draft showcases an array of iconic characters Rajkumar played over a half century of acting. Ultimately, the Doodle team decided to feature Rajkumar's larger-than-life personality beaming at a crowd of moviegoers from the silver screen where his legacy lives on for generations of Indian audiences."

The doodle will be seen for the entire day today.

Born on April 4, 1929, as Singanalluru Puttaswamayya Muthuraju, the legendary actor is a four-time National award winner, a recipient of the Padma Bhushan (in 1983) and the Dadasaheb Phalke Award (in 1995) for the lifetime contribution to Indian Cinema.

In 2000, the Kannada icon had to face a bad phase, when he was kidnapped by sandalwood smuggler Veerappan and was held captive for 108 days.