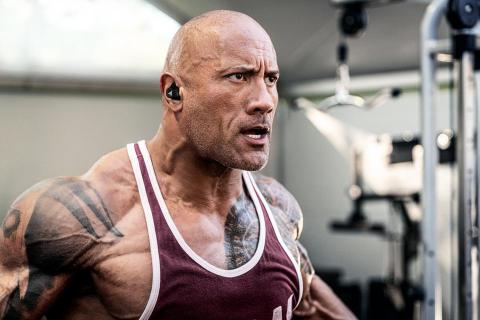 Hollywood actor and former pro-wrestler Dwayne 'The Rock' Johnson has said that he is still considering running for president of the United States.

According to Fox News, the 'Fast and Furious ' star said, "I would consider a presidential run in the future if that's what the people wanted. Truly I mean that, and I'm not flippant in any way with my answer. That would be up to the people... So I would wait, and I would listen. I would have my finger on the pulse, my ear to the ground."

Johnson has spoken about his interest in politics for a handful of years, noting that he has strongly considered it in the past. During a 2017 appearance on 'The Ellen DeGeneres Show', the star said that he was "seriously considering" a run for president.

Despite having years' worth of projects lined up in Hollywood, the star still hasn't ruled out one day vying for the Oval Office.

The former professional wrestler is currently out promoting his new series, 'Young Rock', which premieres on February 16th on NBC.