KBC 8 travels to Surat for its grand premiere 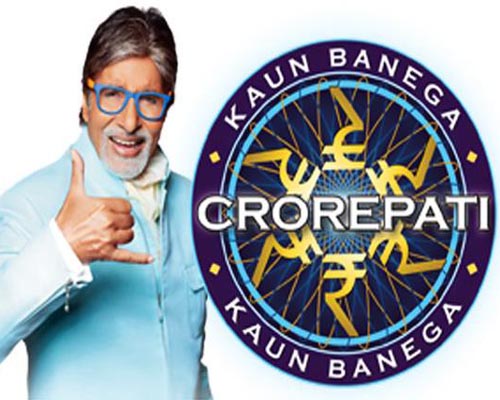 Surat - Megastar Amitabh Bachchan today returned to host`s chair for the eighth season of popular quiz show `Kaun Banega Crorepati`, which made its season premiere in a grand style in the diamond city of Gujarat for the first time.

Bachchan, 71, who is also the brand ambassador of Gujarat tourism, shook a leg on his hit numbers including `Main Hoon Don` and `Party Toh Banti Hai` before taking to the host`s chair.

Looking dapper in a white blazer and? dark blue denim, Bachchan drew cheers as he addressed the jam-packed audience at Surat International and convention centre by greeting them in Gujarati "Kem cho Surat. Maza ma. (How are you Surat? All well)" Such is the popularity of Bachchan in the city that many in the audience turned up sporting his trademark French beard and glasses to welcome him to their city.

"I, Amitabh Bachchan, welcome you all on Kaun Banega Crorepati (KBC). I have travelled and performed all across the world but I must confess that I have not? received such a grand welcome in my life. Coming to Gujarat is like coming back to home," Bachchan told the audience.

Stand-up comedian Kapil Sharma, who was one of the celebrity guests at the television show, entertained the audience with his funny one liners in Gujarati.

Bachchan went for an outfit change later by opting for a turquoise coat and black trousers.

Surat-based businesswoman Deepa Jagtiani was the first contestant to appear on the hot-seat of the eighth season of the TV show, to be telecast on August 17.

Jagtiani was accompanied by her mother and brother on the show. "I am an ardent viewer of KBC. Sitting next to you is the coolest thing on this earth," she said.

This time the show has a total of 14 questions, unlike the previous seasons which had 15. The total prize money that a contestant could win is Rs 7 crore.

Even the watch on the show got a new name `Miss Tik-Tok` from its earlier moniker `Tiki-Tiki`.

A new addition in the lifeline section has been introduced where a contestant can interact with three intellectuals -- Manoj Sharma (a contestant of KBC-season 4), Sunmeet Kaur Sawhney (first women to win five crore on KBC) and? Vikram Joshi (World Quizzing Champion).

Bachchan has been the most popular and longest running host of the show, which first made its debut in 2000. Baring the third season in 2007, which was hosted by Shah Rukh Khan, Bachchan has been a regular on the host`s seat for all the other? seven seasons. (PTI)