ICICI will acquire a bank of right size and valuation: Kochhar 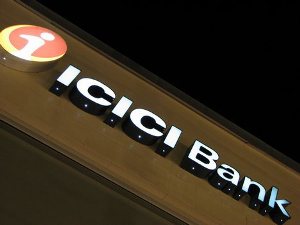 Mumbai: ICICI Bank will look at acquiring a bank if it finds one with the right size and right valuation, but is yet to find a takeover target that fits in its evaluation model, the bank chief Chanda Kochhar said.

ICICI Bank, which added 650 branches to its network in the last fiscal ended March 31, 2014, is as such adding business equivalent to the size of one bank in its ordinary course of business and any acquisition target would need to be of a relevant size, Kochhar said.

"Earlier we took over banks of the size of 300-400 branches as they were relevant to our size at that time. But, today the size would have to be different. And with addition of 650 branches last year, it is like adding one full bank in a year," Kochhar said in an interview.

In the past, ICICI Bank has acquired entities like Bank of Madura, Sangli Bank and Bank of Rajasthan, while its network currently comprises of more than 3,750 branches -- which is the largest among private sector banks in India.

Asked whether ICICI Bank was open to fresh acquisitions, she said, "We are always open, but only if you get something at the right price and of right size.

"However, as of now there is nothing that looks like our evaluation model, but we keep our eyes open all the time...

"We have also grown over the years and therefore the size of a bank that one wants to take over has to be in the context of the acquirer's own size."

Kochhar, who began her career with erstwhile ICICI Ltd in 1984 and became Managing Director and CEO of ICICI Bank in 2009, said that the 650 branches added by the bank to its network in the last fiscal was equivalent to adding one full bank every year.

Asked about the current fiscal target, she said that it would be difficult to give an estimate at the moment, but that 350-400 branches would be added for sure.

ICICI Bank was originally promoted in 1994 by ICICI Limited, an Indian financial institution, and was its wholly-owned subsidiary.